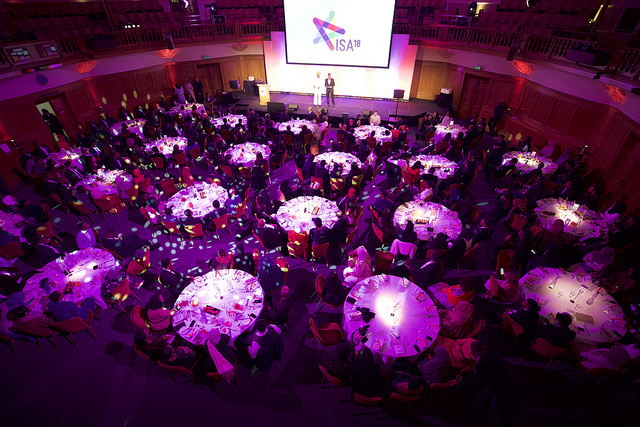 LONDON –  On Wednesday evening 4th April 2018 the 2018 International Somali Awards (ISA) were held in London to honour the achievements of the Somali diaspora around the world. The ISA ceremony shone a light on the successes of Somalis in the field of sports, entertainment, education, innovation and business, as well as Somali organisations which are making important contributions to their own communities.

UNHCR, the UN Refugee Agency, was supporting this year’s awards, which took place in the historic Church House in Westminster, home to the United Nation’s first Security Council meeting in 1946. UNHCR’s Special Envoy on the Somali Refugee Situation, Ambassador Mohamed Abdi Affey was also in London to present an award at this year’s ceremony.

At the International Somali Awards, UNHCR Special Envoy Ambassador Affey praises the strength of the “the Somali spirit”, joining in the celebration of Somali people around the world.